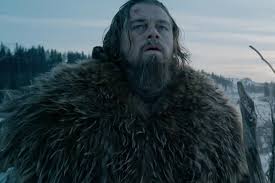 We will spend Christmas in Winnipeg. Don’t reach for your globe. It’s in the center of Canada and is referred to as Winterpeg for a reason. While Southern Ontario will be basking in double digit temperatures, I will be dealing with minus 13 degree highs. Still, that’s not bad. It typically is much colder in The Peg this time of year.

Some say it’s climate change. Others say it’s a monster of an El Nino. I am not complaining either way because I hate driving in the snow. All those people who say “Oh, how pretty” have never gone into a skid on a highway with a tractor trailer aiming right for them.

Leo Dicaprio is one of the celebrities always wading in on environmental issues. Hey, he drives a Prius so he must be qualified. Sometimes people should just shut the f*** up. Leo put his mukluk in his mouth recently when he talked about filming in Calgary. He claimed a warm wind that upended winter was the result of climate change. The locals had a hoot because it’s called a chinook and it’s a regular occurrence.

Just because you’re famous doesn’t mean you are well informed. I still haven’t forgiven Jenny McCarthy for going on Oprah and convincing people that childhood vaccinations cause autism. So many people have believed her, pediatricians in California are worried about outbreaks of measles and whooping cough.

Listen, it’s not as though all celebrities are inherently stupid. Many go out of their way to become well informed on issues they care about. Angelina Jolie on refugees. George Clooney on Sudan. But you have to make the effort and not just google a topic and say, well, that’s that, now I’m an expert.

The problem is that many celebrities and models and athletes have spent their entire lives being really really good at one thing. And that meant they had less time to devote to academics. They don’t always have the best critical thinking. So when a celebrity holds forth on anything scientific or medical or political, I take a deep breath and…ignore them.  I prefer to do my own reading and make up my own mind. I prefer to believe people who have dedicated their lives to solving these riddles.

Hell, I probably wouldn’t want to watch a movie starring Marie Curie or Ada Lovelace. Although Neil deGrasse Tyson can star in my personal fantasies any time. (Hate the vests. Love the voice.)