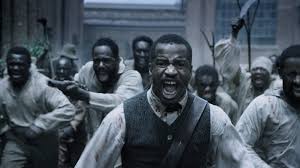 I have had the benefit of geography and time. I was born a white woman in Southern Ontario and because of that, and that alone, I have had opportunities not presented to women–or men–elsewhere at different times.

Perhaps that is why, for me, misogyny is the ultimate crime. If I had been born black or brown or in a different part of the world where racism was systemic, I would have a different point of view.

I wasn’t, so I absolutely despise men who take advantage of women simply because of their gender. It is also a reflection of the fact that I have been surrounded by wonderful men for my life–my father, my brothers, my husband. Men who care for women in the best possible way.  This is why I have no time for men who rape and shrug. Whether they be Bill Cosby or Bill Clinton or Roman Polanski. If you take advantage of a woman, I am no longer your supporter.

That is why I will not be seeing Birth of a Nation by Nate Parker. It sounds like a good movie, the kind I would actually get off my couch and go out to watch at a theatre. But the director, the face of the movie, was implicated in a rape when he was in college. The victim has since committed suicide.

If you read the transcripts about Nate (the college wrestling champ) suggesting he and his roommates–that’s plural—two other guys—“run a train” on the woman he had had consensual sex with the night before despite the fact they had to carry her in the dorm room because she had passed out…as shown by security cameras, it will make you sick.

Well, it may be a great movie,

Birth of a Nation may be the best movie of all time.

I will not watch it. I will not give Nate Parker any money or time or interest. He was named—and acquitted but named—as a rapist in a campus incident at Penn State.

I leave it to you to decide if you want to see the movie and I’m sure it’s good, it’s gonna be at TIFF….but I can’t. I just can’t.

Not when I know the  minimal price that is paid.

Not when I know how all of this perpetuates the systemic silence around rape.

Since  I know this, I know I will never see Birth of a Nation.