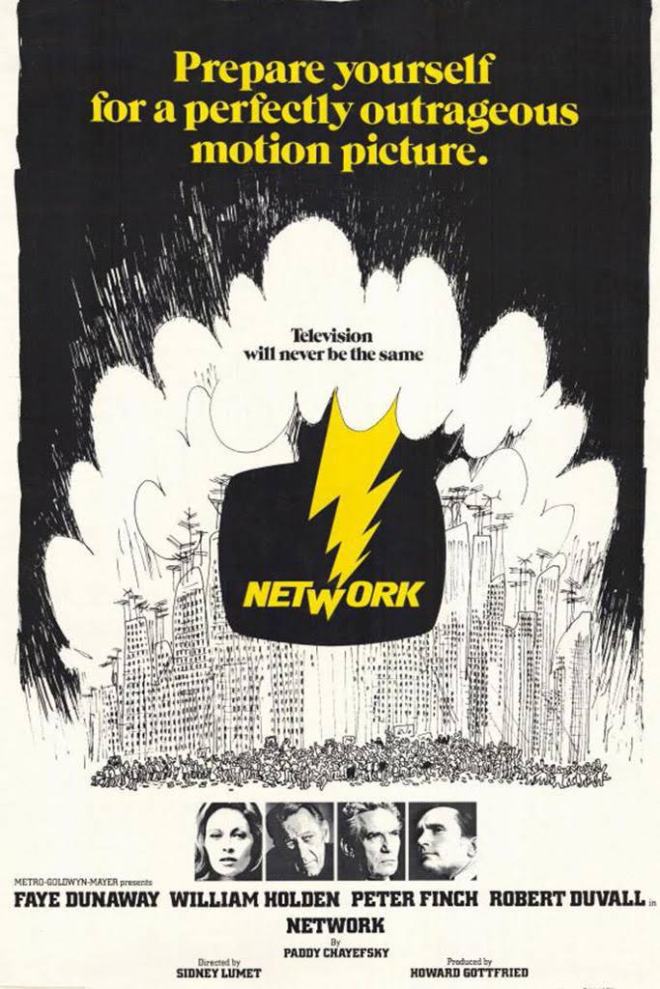 There’s speculation Apple will follow in the footsteps of Amazon and Netflix and the big daddy of them all HBO and create original content. Read about it here:

Back in the old days when people actually owned music and books and movies, broadcast tv ruled. So did traditional publishers and the big labels. Now it’s all about streaming and borrowing. I think about that when I contemplate all the books I’ve owed and what what happen to them after I’ve gone. The upside is, I haven’t been to Ikea in decades to buy new Billy bookshelves.

Now it’s all about Spotify and Pandora and Amazon and yes, Apple. They are the new GM and IBM and Exxon Mobile. (The latter is especially true with the price of oil tanking.)

It got me thinking about one of the best pieces of dialogue ever in a movie. Remember Network? When Ned Beatty’s Arthur Jensen had that Come-to-Jesus scene with unhinged anchorman Howard Beale? Here’s a refresher-https://www.youtube.com/watch?v=NKkRDMil0bw

We live in a world where bricks and mortar don’t seem to matter. A digitized world where we borrow or loan content but we don’t really own anything. A smaller-screen-by-the- moment world which, in turn, makes our world smaller. We don’t go out to the movies as much for the shared experience; we stay home and watch them in our living rooms or our tablets or phones. We internalize everything. Will that impact the content we prefer? Will this finally mean an end to the BDMs? (Big Dumb Movies). That would be a plus.

People who understand these things say it’s impacted on how music in consumed and thus written. There has to be a hook in the first 20 seconds or the user will click onto the next thing.

It’s the same thing for books. Get to the point. Get to it fast. And oh, don’t use too many long sentences because they’re hard to read on a phone. Might as well write kids’ books, I think, as I edit and edit and edit some more.