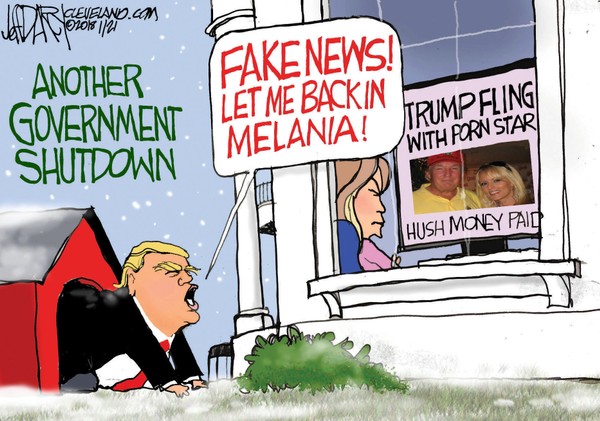 It was 20 years ago that the world first paid attention to something on the internet called The Drudge Report. Up until then, some of us in media  checked it out because it was a handy aggregator at a time when computers were very, very, very sloooooowww.

The story that had everyone talking involved a government shutdown. A President. A special prosecutor. And allegations of sexual impropriety. Sound familiar?

Here’s the difference between then and now.  Bill Clinton escaped impeachment by the skin of his teeth. Oddly enough, the charges were perjury and obstruction of justice. Sound familiar? Trump could be facing the same charges from another special prosecutor. There are unproven sexual allegations in the Russian probe but it is part of Kompromat, the Russian practice of getting dirt on people in power and using that dirt to blackmail them into advancing Russian causes. The sex stuff is the least of Trump’s problems- I’d worry about money laundering, not dirty laundry. (Or bedsheets).

Besides, the Access Hollywood tape, the Stormy Daniels affair, Michael Wolfe’s allegation that Trump is having an affair now (Hope Hicks is the odds-on fave among gossipers), all prove that Trump’s family values, evangelical base don’t give a damn about his philandering.  They only care about their own agenda.

Doesn’t anyone care about the country?