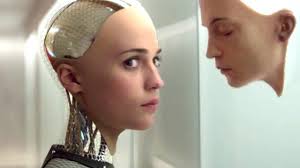 There is a group that is lobbying against using robots for sex. They say it dehumanizes women and children. Others argue using robots would protect the vulnerable. I am on the fence about this, though I will acknowledge that a number of technological advances are the result of sex/porn.

With robots becoming more common, not just in factories but taking over some domestic duties, this is certain to an issue. It is a plotline in the first season of Humans. It’s also been fodder for eons in literature and film and tv.

One of the first is false Maria in Metropolis but many remember the image from Radio Gaga.

How about the fembots from Austin Powers? 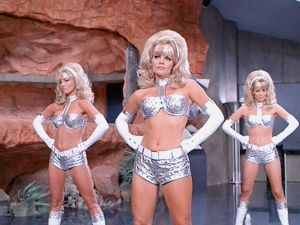 Sometimes robots are used to make sociological points from Data who wants to be human to The Stepford Wives who make a point about gender politics.

Most of the sexbots are female, but there are the occasional male sexbot. Remember Gigolo Joe from A.I.?

The character portrayed by Jude Law has inspired some very hot fan fiction.

It sounds really weird to be arguing the ethics of using robots for sex but hey, not too long ago who would have thought we’d be debating the etiquette of using smart phones at dinner? Technology has changed and is changing the way we live, in good ways and in bad. I will be following the debate about sex robots with interest and of course, it’s also sparked the idea for a new novel…….